In this edition of a ‘London DJ’s Top Ten Tunes’ we’ll be reviewing a genre of music which in my opinion is synonymous with the capital city. Indeed whenever I think of Garage music I think of strong cockney accents, the 90’s London club scene, and of course talented London DJ’s! The list of Garage tracks which appear in DJ Pascoe’s list is quite interesting! In my opinion there are a couple of glaring omissions whilst I also think the order the songs appear in is up for some serious debate. I’ll discuss all of this below in ‘Top Ten Tunes – Garage Anthems’. 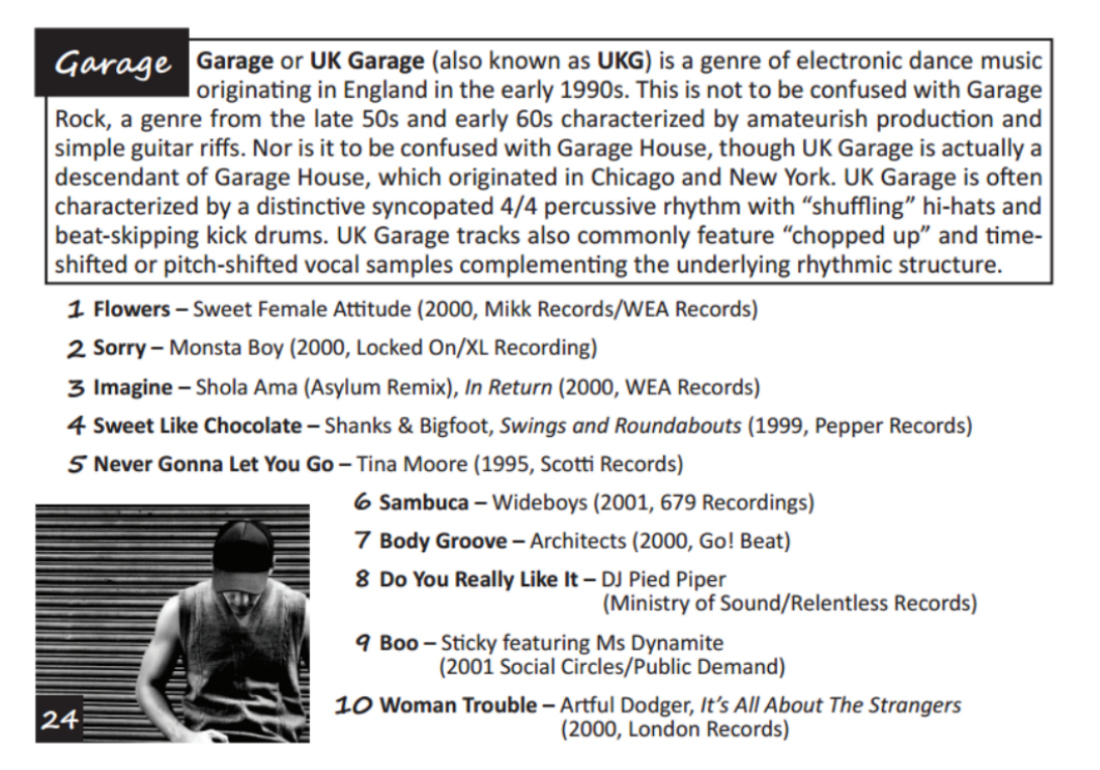 After looking at DJ Pascoe’s list I have no real arguments with the songs which appear in the top 3 positions. ‘Flowers’ by Sweet Female Attitude and ‘Imagine’ by Shola Ama are both classics whilst ‘Sorry’ my Monsta by is in my opinion the most iconic track of that genre. I love the reference in that song the ‘Sittin Up in my Room’ by Brandy whilst I also felt that he had a pretty good voice. Unfortunately like many Garage artists he turned out to be a little bit of a one hit wonder and we didn’t hear too much from him after this effort in 2000.

As I mentioned previously, I felt that there were some glaring omissions from DJ Pascoe’s list. I was very surprised to see ‘Never Gonna Let You Go’ by Tina More appear or the list whilst I was even more surprised that ‘Woman Trouble’ by Artful Dodger made an appearance. If it was my list I would have replace those songs with the Garage remix of ‘Just In case’ by Jaheim and ‘My Love’ by Kelly Le Rock. In reality, there are so many great tracks to choose from this genre that it would be impossible for anyone to assemble a list of his favourite tunes without being criticized for leaving some songs out!

If you’ve enjoyed reading this blog and you’re also a fan of Garage music you can take a look at our Garage mix here. You can also find more blogs just like this one here.