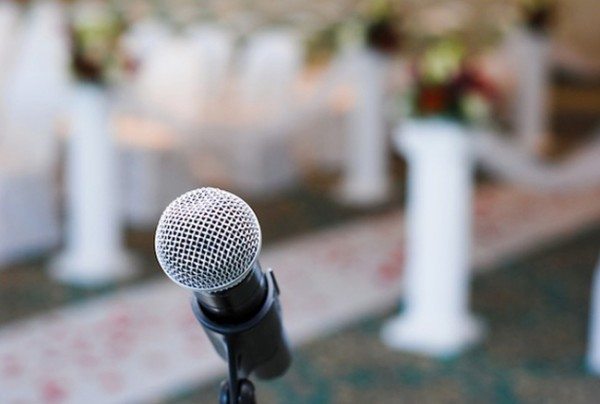 Hiring a DJ as a Wedding MC?

Hiring a DJ as a Wedding MC?

The role of the Wedding DJ has changed drastically in recent years. As part of this DJs who entertain at Weddings are often expected to perform a number of functions in addition to playing music. In particular many Wedding DJs in London have now evolved into skilled MCs and are adept at making announcements. Throughout this blog I’ll consider some of the many benefits of employing a DJ who can also perform as a Master of Ceremonies.

In most cases it’s cheaper to employ a Wedding DJ who can also perform as a Master of Ceremonies than it is to employ both a DJ and a dedicated MC. For instance Wedding Toastmasters alone can cost in excess of £2000. Similarly it’s not uncommon for Wedding DJs based in London to charge in excess of £1000. This means that a couple could need to spend in excess of £3000 to acquire both services separately. Conversely, whilst DJs who can also perform as MCs are generally more expensive than other DJs, they’re almost always less expensive that the combined fee you’d have to pay to employ a Toastmaster and a DJ separately. In addition Mobile DJs usually provide full PA equipment as part of their service. This isn’t necessarily the case with Wedding Toastmasters who often charge additional fees if they’re required to provide their own speakers and microphones. 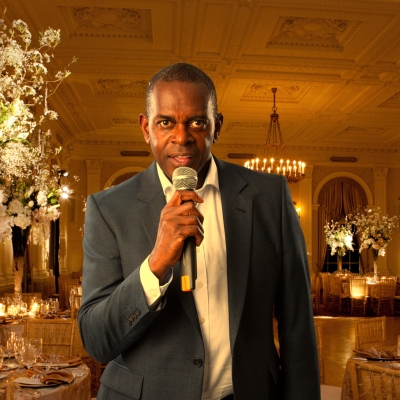 Employing a Wedding DJ as your MC can help to create a less formal atmosphere. Whilst this obviously isn’t for everyone it is something that some couples actively seek out. I spoke to former Wedding DJ of the year Tony Winyard about this. He explained that “Many couples today don’t want the formality a Toastmaster brings but do want the day to be coordinated which is where DJs can offer something different to that of a Toastmaster”. In my opinion this is true particularly if the DJ is charismatic and humerus. As part of our Wedding DJ service we often tells stories about the newlyweds and go through great effort when it’s appropriate to make the stories we tell as lighthearted and funny as possible. As part of this we generally meet with prospective Wedding clients well in advance of their special day and go to great lengths to establish their exact requirements.

Personally I think that it’s easier to organize a Wedding where the DJ is also tasked with making announcements. This is true particularly is you intended to synchronize certain announcements with songs you’d like the DJ to play. For instance if there are tracks you’d like to play immediately after certain announcements having a DJ who can press a button straight after he’s finished speaking works better that having a DJ play a track once a Toastmaster has finished talking. In my experience there can often be a slight delay during the transition from Toastmaster to DJ which can upset the flow during a Wedding.

I’d advise any couple considering hiring a DJ who can also perform as a MC not to underestimate the skills of the modern Wedding DJ! Personally it’s taken me years of practice to develop my public speaking skills to the point at which I feel confident delivering in front of hundreds. Whilst I haven’t had a great deal of professional training, know that there are numerous DJ who have completed Toastmaster courses and studied extensively to perfect their develop their skills as pubic speakers.

Throughout your special day you can expect for DJ/MC to organise tasks which include:

I really hope that you’ve found reading this blog both enjoyable and informative. Perhaps you’ll also consider us the next time you’re considering hiring a DJ/MC for a Wedding you’re organising! Remember you can find more blogs just like this one here.