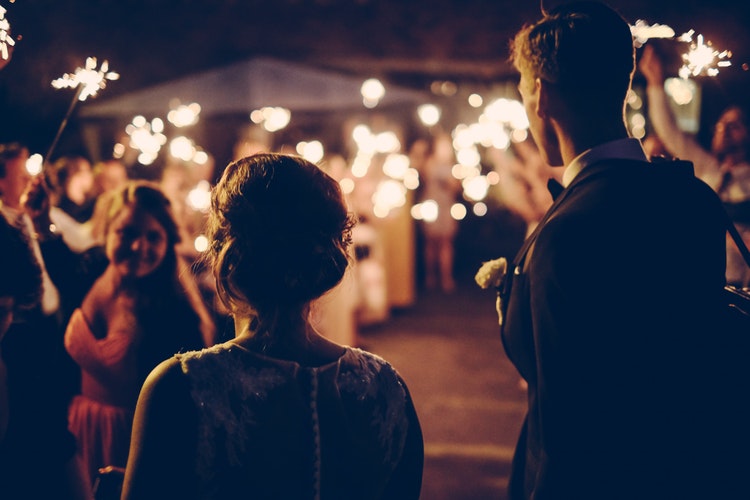 I enjoy many aspects of working as a Wedding DJ in London. In recent years, I’ve learnt to embrace the responsibilities which come along with performing as a Master of Ceremonies. Similarly, I also love transforming venues with the use of Disco Lighting and Uplighing. Despite this it could be argued that ultimately DJs are judged on the music they play. Throughout this blog I’ll be focusing on tracks that I’ve featured at the end of Weddings I’ve played at.

I wrote recently about the importance of selecting the right tracks to perform a ‘First Dance’ routine to. It is however almost just as important, in my opinion, to select a good track to finish the night on. Because of this I often consult the newlyweds before choosing which song to play. On reflection the track I’ve been asked to play most at the end of Weddings is probably Sweet Caroline by Niel Diamond. I’ve also been asked on numerous occasions to play ‘Waiting in Vain’ by Bob Marley and have on occasions been asked to play ‘September’ by Earth Wind and Fire.

Throughout my teenage years, it was common for ‘Slow Jamz‘ to played towards the end of parties I attended. DJs would often feature these R&B ballads during the final minutes of parties before encouraging couples do dance intimately with one and other. It’s a shame, in my opinion, that this ritual is less common today however I still like to feature Slow Jamz at the end of Weddings. Some of the most iconic tracks from this genre include ‘Sexual Healing’ by Marvin Gaye ‘Between The Sheets’ by the Isley Brothers and ‘Knocking the Boots’ by H Town. You can have a look below and some of the songs from this genre which featured in DJ Pascoe’s Top Ten Tunes book. 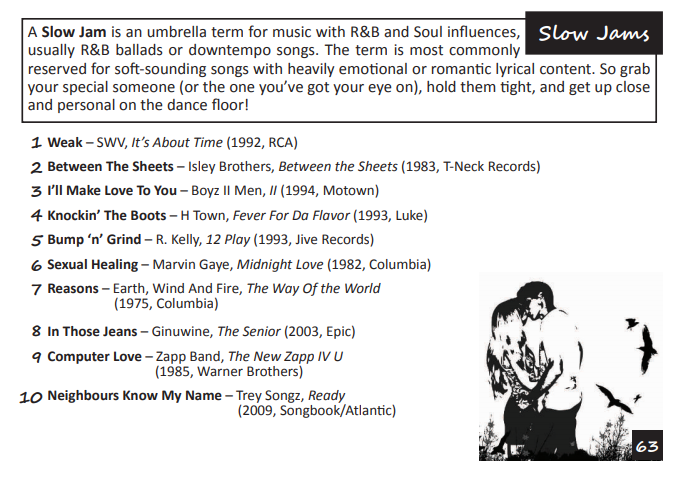 Recently I performed at a Wedding in South London. At the end of what was a great party, the MC I was working alongside organised a Dance Off between the guests on the dance floor. As part of this he separated dancers into two groups before arranging for songs to be played for the respective groups to dance to. The first group, comprised of people under the age 35, danced to ‘Look Alive’ by Drake and BlocBoy JB. Once they’d finished the second group comprised of people above 35 danced to Greetings by Half Pint. In all honesty this was probably the first time I’d seen a Dance Off of this kind performed at a Wedding and I was pleasantly surprised by how well it was received. It proved to be a great way of engaging guests from different age groups and brought a wonderful evening to a lighthearted and fun end!

I’ve always thought that a little bit of Cheesy music, in moderation, can never be a bad thing! Weddings are certainly no exception an and throughout the years I play my fair share of Cheesy classics! In particular I enjoy songs which have dance routines which go along with them. My personal favourites are the Cupid Shuffle and the Cha Cha Slide. On the reflection the track which I’ve been asked to play most from this genre is probably the Macarena although the Grease Megamix is also very popular once Wedding guests have had enough to drink! I suppose the reason I like Cheesy music at Weddings is because it has such a broad appeal. Typically Weddings are attended by people from a variety of age groups and because of this music which engages both younger and older guests is always preferable. 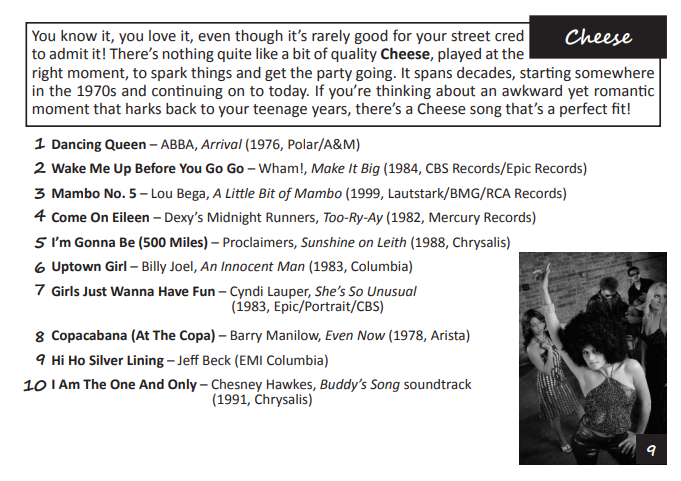 A Wedding DJ with good Oratory skills is priceless! In my opinion a confident DJ with a good microphone presence can help to transform the atmosphere on a Dance floor using wit and humor. They can also use their skills, if necessary, to make various announcements throughout the course of a party. Personally I like to make an announcement before I play the penultimate song of the night.  I often use it as a opportunity to encourage all of the Wedding guests to join the Newlyweds on the dance floor. Following this I typically make another announcement which generally relates to the final song I’ll play during the party. Throughout the years I’ve found that doing this not only helps to encourage people onto the dance floor but also ensures that the party doesn’t finish with an anti climax 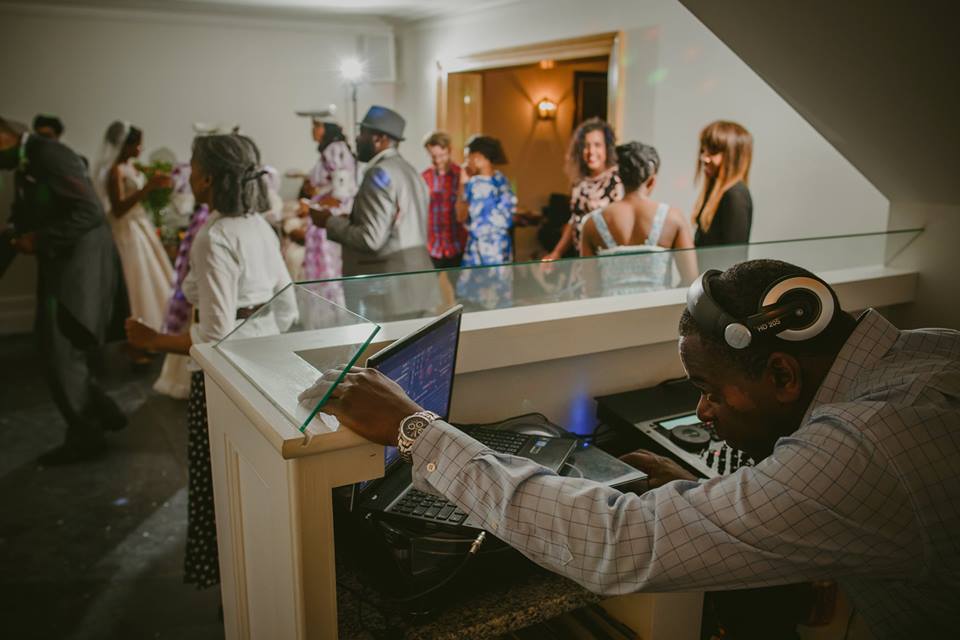 Give yourself enough time to prepare!

Years of experience as a Wedding DJ have taught me value of good preparation! It’s so important to be mindful of the types of tracks you’ll finish the night with well in advance! There are numerous advantages to this. Aside from anything else it means that you won’t have to spend the end of the night searching manically for a fitting track to end the evening with. Planning will also give you an opportunity to prepare the final statement you make before introducing the final song which, as I’ve outlined above, is quite important. Ultimately it’s difficult to overstate the importance of good planning in relation the the final song you’ll play. Personally I like to plan the structure of the party as thoroughly as I can. As part of this I always take into consideration that the final song I play will leave a lasting impression of me!

I really hope that you’ve enjoyed this blog. If you have you can find more just like it here.